If you're looking for an iPad for a loved one this holiday season and don't want to break your budget, it might be worth considering the 2021 version of the tablet. That was already the most affordable iPad on the market and now you can snap it up for a steal ahead of Black Friday. The 10.2-inch tablet usually starts at $329, but you can pick it up from Amazon for $269 — a discount of 18 percent. 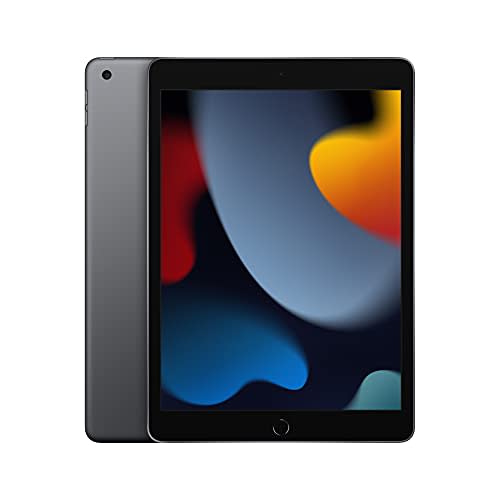 The previous-generation iPad remains the most affordable iPad you can get, and it's a steal at this price.
$270 at Amazon

This price is for the WiFi-only model with 64GB of storage. Naturally, this iPad isn't quite as tricked out as Apple's higher-end models, but it's still a very capable device. It has an A13 Bionic chipset, instead of an Apple Silicon chip or the A14 one the company slotted into the 2022 iPad. The tablet has a 12MP ultra-wide selfie camera with support for Center Stage (a feature designed to keep you in the middle of the frame as you move around) and an 8MP wide-lens camera on the back. The device has Touch ID, stereo speakers and first-gen Apple Pencil support too. Apple claims that you'll be able to use this iPad for up to 10 hours on a single charge.

We gave the 2021 iPad a score of 86 in our review, crediting it for improved performance from the 2020 model, larger base storage capacity, a better front-facing camera and solid battery life. The screen doesn't quite match up to the ones found in other iPads, though, and the design feels a bit outdated. If you can live with those downsides, however, you'll be getting a great tablet at a hard-to-beat price.

As for the 2022 iPad, that's on sale too. Along with the A14 chip, landscape-oriented front-facing camera and USB-C charging port, the more recent model boasts an iPad Air-esque redesign (the Home button is no more, for one thing). We gave it a score of 85, citing drawbacks like having to use a dongle to charge the first-gen Apple Pencil. Until November 20th, you can pick up the WiFi-only 2022 iPad with 64GB of storage for $399 at B&H. That's $50 off the regular price.