So you managed to buy a PlayStation 5 – congratulations, you beat supply shortages to obtain one of the most sought-after consoles in recent memory. Now comes the fun part. No PS5 is complete without a library of games and accessories to elevate your experience. Thankfully, you won't have as much trouble getting your hands on those. However, if you're new to the console, the tricky part is knowing what titles and peripherals are worth your time. We’ve gathered our favorites here to make the search easier for you. 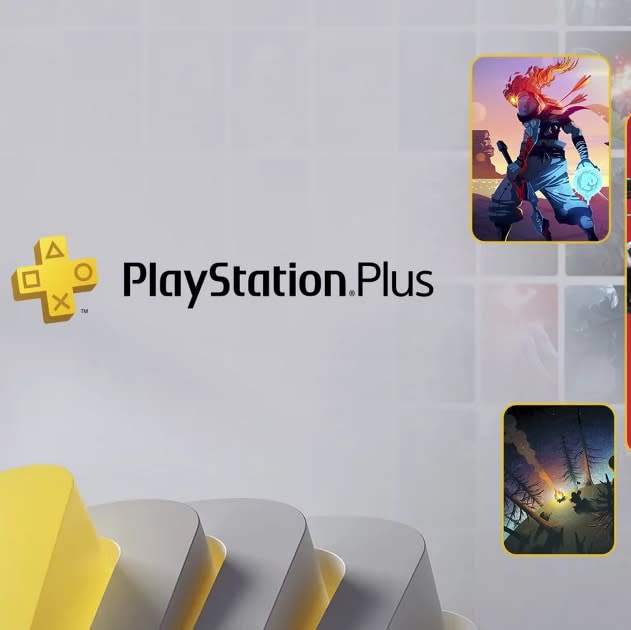 Sony's game subscription service gives you access to hundreds of titles, and an Extra membership costs $14.99 per month.
$15 at PlayStation

If the PS5 is your first console or you're coming from an Xbox, one of the first things you'll want to pick up is a PlayStation Plus Extra subscription. It’ll help you flesh out your library. Sony recently revamped the service to add separate tiers. Of the three tiers that are currently available, the “Extra” one is the best value. Priced at $15 per month, it grants you access to a library of up to 400 downloadable PS4 and PS5 games. Each month, you’ll also get a handful of free games and PlayStation Store discounts. The combination of those perks makes it easy to start making the most of your new PS5. 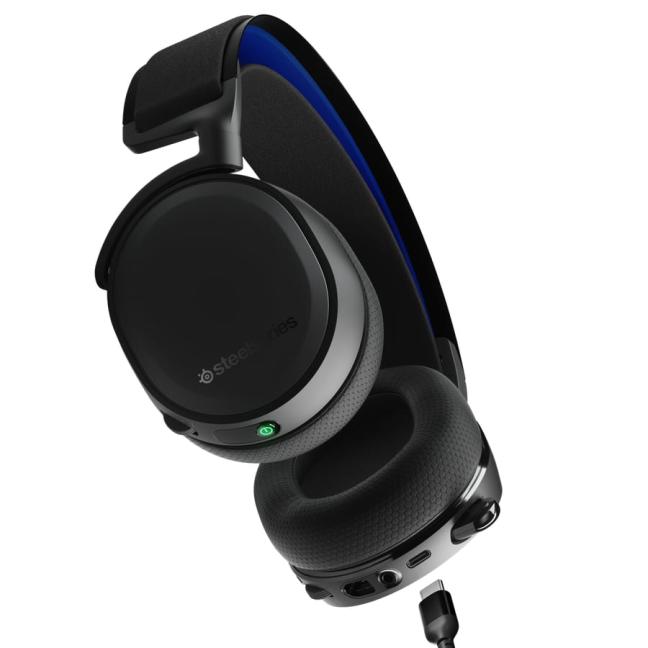 SteelSeries recently updated its iconic Arctis 7 headset with the 7P+, which has improved battery life and a USB-C port for charging.
$170 at SteelSeries

Do the people you live with a favor and buy yourself a decent headset. It will help you stop nerves from fraying and is a must for any multiplayer game. The options for gaming headsets are vast, so we recommend picking one with a solid track record. SteelSeries recently updated its iconic Arctis 7 headset with the 7P+ which has improved battery life and a USB-C port for charging. What the company didn't change was the headband design that many people credit for making the Arctis 7 one of the more comfortable headsets on the market. The 7P+ costs the same as the standard 7+ variant, but also adds full support for the PS5's Tempest 3D audio technology. 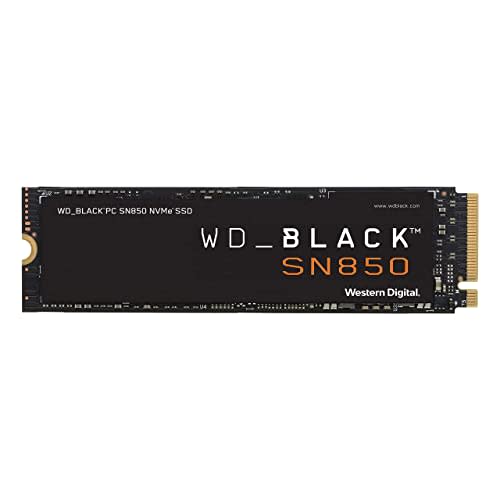 This drive checks off all the compatibility necessities for the PS5, and it won't break the bank.
$129 at Amazon

Sony recently released an update to allow PS5 owners to expand their console's internal storage. And it's a good thing, because the 667GB of usable storage the console comes with can feel limiting quickly. We already published a comprehensive guide on the best SSDs you can buy for your PlayStation 5. You'll want to check that article out for a step-by-step guide on how to upgrade your SSD. But if you want to make things as simple as possible, your best bet is a Gen4 M.2 NVME SSD with a built-in heatsink. One of the better plug-and-play options is the SN850 from WD Black. It checks off all the compatibility requirements listed by Sony and is reasonably priced, too. 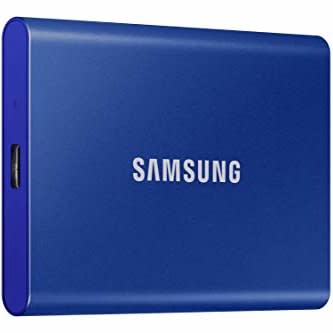 One of our favorite drives, the T7 can write files at a speedy 1,000 MB/s and comes with a shock-resistant enclosure to protect the drive from physical damage.
$100 at Amazon

If you don't feel comfortable opening your PS5 to install a new SSD, another option is to purchase an external solid-state drive. Keep in mind that you can't play PS5 games from an external drive. However, it takes less time to copy one over from an SSD than it does to download it from the PlayStation Store. One of our favorite portable drives is the Samsung T7. It can write files at a speedy 1,000 MB/s and comes with a shock-resistant enclosure to protect the drive from physical damage. If you plan to use the SSD exclusively for storing games, you can save money by buying the standard model instead of the Shield variant, which has a ruggedized exterior for extra protection for those who are always on the go. 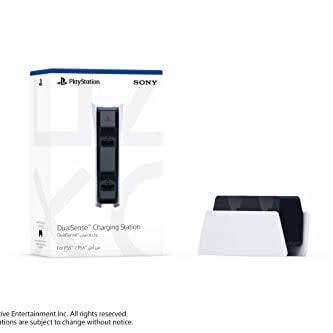 This charging station is a more elegant solution than most since it can store and power-up two controllers simultaneously.
$30 at Amazon

While you can charge your DualSense controller with the USB-C cable that comes with your PS5, a more elegant solution is the DualSense Charging Station. It can store and charge two controllers simultaneously. In that way, you can always have a second controller ready to go if the one you're currently using runs out of battery. It will also free up the USB ports on your PS5 for other accessories. 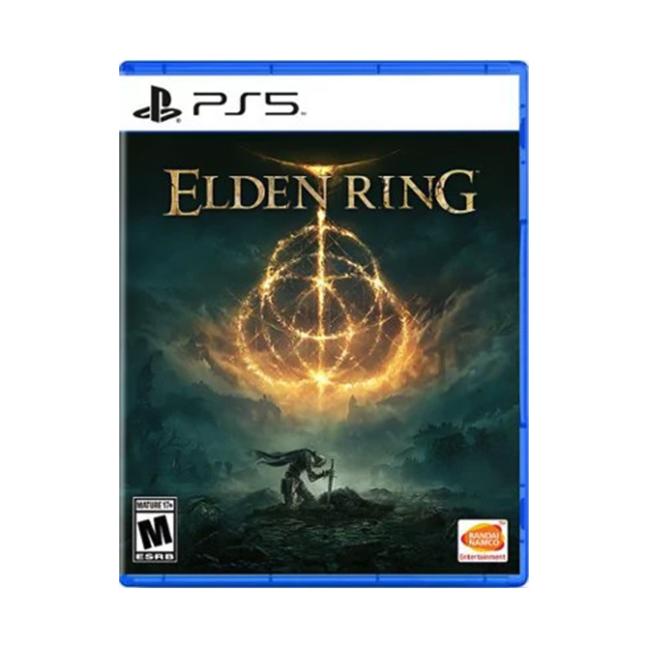 Elden Ring's take on Western-style open-world games is anything but tired.
$53 at Amazon

Unless you spent very little time on the internet this year, it’s safe to say it was impossible to avoid the conversation around Elden Ring. After putting about 100 hours into FromSoftware’s latest, I can safely say the praise is warranted. Like a lot of other people, I was tired of Western-style open-world games and their endless checklists by the time I got around to playing Elden Ring, but its take on the genre was anything but tired. As I stumbled my way through the game’s dark caves, ruined cathedrals and enchanted forests, I felt like there was a discovery waiting for me across every hill and river. That’s a feeling I haven’t had since I was a kid playing through the Ocarina of Time and Majora’s Mask.

If that’s not enough to convince you to try Elden Ring, know that the game’s maximalist approach makes it the most approachable FromSoftware release to date. Whenever you’re stuck on a boss, you can go elsewhere to level your character and master the game’s punishing combat. 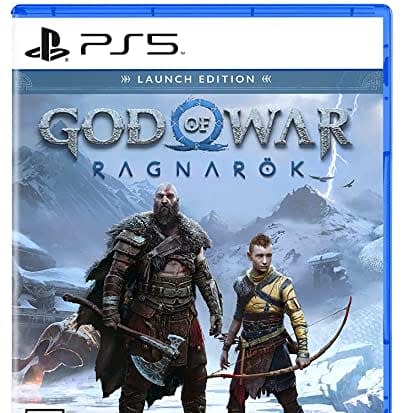 This game can sometimes suffer from pacing issues and overly chatty NPCs, but there’s no denying that Santa Monica Studio has crafted another heartfelt chapter in the story of Kratos and Atreus.
$70 at Amazon

Did you think Sony’s latest exclusive would be absent from this list? God of War Ragnarök can sometimes suffer from pacing issues and overly chatty NPCs, but there’s no denying that Santa Monica Studio has crafted another heartfelt chapter in the story of Kratos and Atreus. The PS5 is also the best place to play Ragnarök. On Sony’s latest console, the game ships with two rendering modes and support for variable and high frame rates. Provided you own a relatively recent TV, those features make it possible to play the action RPG at up to 90 frames per second in some situations. That’s a level of technical proficiency we haven’t seen in a lot of AAA console games. 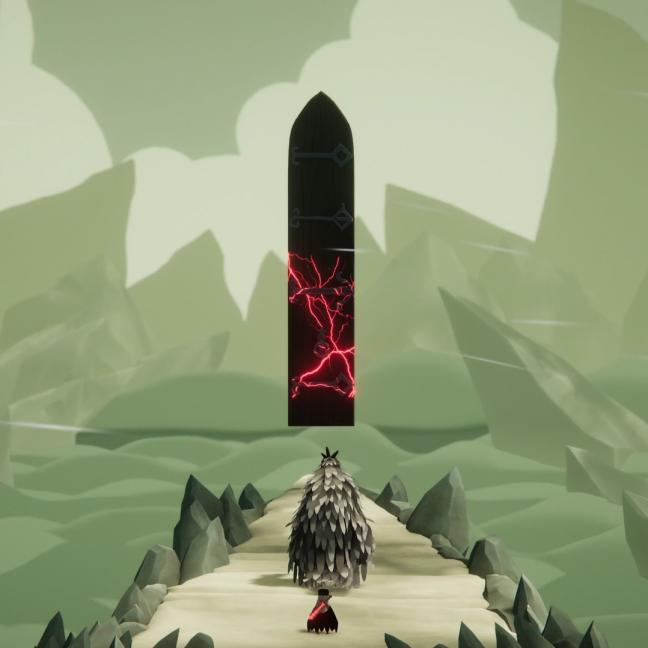 Buoyed by a beautiful soundtrack and art style, Death's Door is one of the most thoughtful and pleasant indies you'll find right now.
$20 at PlayStation

With a title that evokes the end of all things, you might think Death's Door is a bleak game. But that couldn't be further from the truth. Buoyed by a beautiful soundtrack and art style, it's one of the most thoughtful and pleasant indies I've played recently. Developer Acid Nerve's tribute to The Legend of Zelda and Dark Souls is a must-play for those who love to lose themselves in a world of mystery and intrigue. 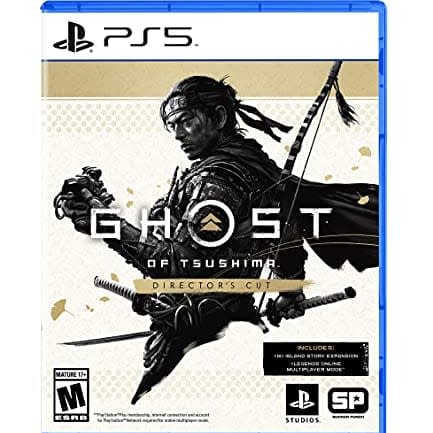 Sucker Punch's latest is so easy to recommend because it executes the open-world concept flawlessly.
$70 at Amazon

You've played games like Ghost of Tsushima before. It borrows from the familiar open-world formula popularized by Assassin's Creed and other Ubisoft titles. But that's not a knock against it. Far from it, Sucker Punch's latest is so easy to recommend because it executes the open-world concept flawlessly. The studio has created a beautiful playground steeped in Feudal Japanese culture, myth and history for players to explore, with something interesting to find beyond every ridge. Combat is also a highlight, allowing you to play either as honorable samurai, terrifying assassin or a mixture of both. And once you have finished Tsushima's touching single-player story, there's the excellent Legends multiplayer mode to keep you busy for the long haul. 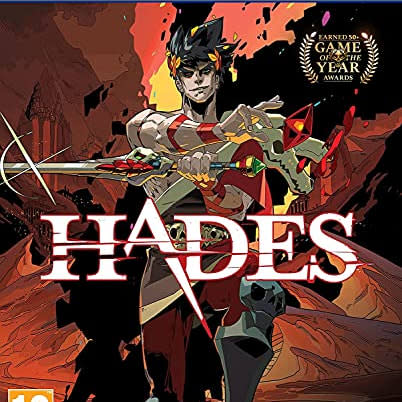 If you pick up only one game from this list, make it Hades. It is as close to a perfectly executed game as you'll find.
$30 at Amazon

If you pick up only one game from this list, make it Hades. It is as close to a perfectly executed game as you'll find. Everything from the art style, music, story and gameplay mechanics coalesces into one of the most memorable experiences in recent memory. Even if you're not a fan of roguelike games, don't worry: Hades is so successful because even when you die, it never feels like you've wasted your time.