Yahoo Canada has received compensation to create this article, and receives commission from purchases made via links on this page. Pricing and availability are subject to change.
Julie Tong
November 11, 2022, 9:58 a.m.·3 min read

Sure, the digital era is great and all, but there's still a lot to be said for the sound of physical media and good 'ol over-the-air radio. If you're one of those people who can’t let go of your CDs and love tuning in the FM or AM band, the Bose Wave Music System IV is just what you’ve been searching for. HSN has dropped the price of this set, which includes a Bluetooth receiver, from $500 to just $300. That’s the lowest price we’ve found on the web. Trust us, this baby's gonna fly off the shelves. 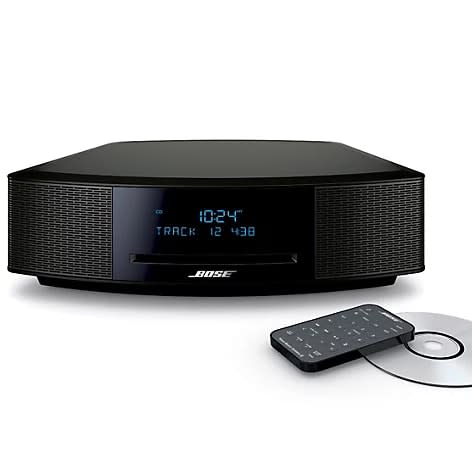 Don't want to pay all in one go? Opt for five Flex Pay installments of just $59.99 instead. Plus, if you’re a first-time HSN shopper, you can grab an extra $20 off your purchase with code HSN2022.

The Bose Wave Music System IV — which comes in Espresso Black and Platinum Silver — delivers epic sound and comes equipped with a plug-in PAWW Bluetooth receiver, so you can wirelessly sync your smartphone or laptop to it (there’s also an auxiliary port if you want to plug in another device instead) — it’s a great marriage of old-school and tech-enabled. The design is elegant, minimal and slim, so this powerhouse can fit just about anywhere you want it, and the sound is epic.

Enjoy waking up to the sound of music or the day's headlines on the radio? You can program the system’s timer to sync up to your preferences too. There’s no shortage of amazing features in this powerful little sound system. It has a slot-loading CD player for all those beloved albums you've been neglecting, a headphone jack, and Waveguard speaker technology that amplifies everything beautifully, from your favorite podcasts to your workout playlists.

Bose reviewers praise the longevity of this sound system and its superior sound quality. See below to learn why shoppers are obsessed with the Bose Wave Music System IV.

“There is no question that the sound is fantastic,” wrote a five-star Bose reviewer.

“Perfect system for the home,” wrote another shopper. “The sound is simply stunning and fills the entire room. The radio reception is superb and the ability to play Internet radio via TuneIn brings this product firmly in 2020s!”

Practically perfect, in every way

“I wanted a newer Bose, with a CD player, for another room, so the System IV was a natural choice...” shared a longtime Bose fan. “The AM/FM stereo radio and CD player perform flawlessly and the sound quality is equal to or better than a top-drawer stereo system with large bookshelf speakers I have owned before. All in an attractive, compact package.”

The Bose Wave Music System IV produces “astounding sound,” added another happy customer. “Played about a dozen CDs of mine with even better results,” continued the fan. “The music just got better!”

Catch this HSN sale while you can: The $200 off deal only lasts through November 18.