If you've been waiting for the holiday shopping season to grow your smart home ecosystem without dropping unnecessary amounts of money, you're in luck. Ahead of Black Friday, Amazon has already knocked down the price of the standard Ring Video Doorbell to $60. That's $15 cheaper than it was during Prime Day in July earlier this year and the best price we've seen it. There are a couple of compelling bundles you could get, too: pair the Video Doorbell with an Echo Show 5 for only $10 more, or get it with a battery-operated Ring Stick Up Camera for a total of $160. 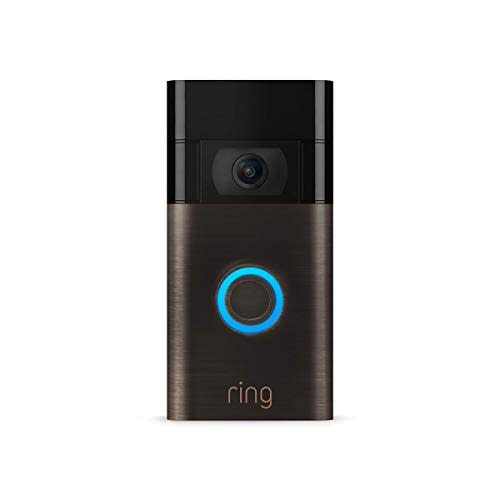 Amazon knocked 40 percent off the standard Ring Video Doorbell, bringing it down to the lowest price we've seen.
$60 at Amazon

While Ring has come out with multiple new versions of its signature doorbell, the standard model likely has everything most people would need from such a smart home device. It records 1080p video and will send alerts to your smartphone when it detects motion outside your door. It also supports two-way audio, so you can talk to visitors, delivery drivers and others when they ring the bell. This updated version of the original video doorbell has crisper night vision, along with support for privacy zones.

Installing the video doorbell is pretty easy, and you have two power options: hardwire the device to your home for constant power, or keep it running using the built-in rechargeable battery. Just keep in mind that the battery in this model isn't removeable, so you'll need to take the whole device off its perch to power it up every once in a while. If that seems like a hassle to you, you'll have to spring for either the Video Doorbell 3 or Video Doorbell 4 to get a detachable battery. You'll also get advanced features like 5GHz WiFi and an included corner kit with both of those, too.

Both another thing all Ring Video Doorbells have in common is the ability to sync with Alexa devices. If you have an Echo Show device in your home, or even a more advanced Fire TV streamer, you can use those displays or your TV to check your doorbell's camera feed.

Get the latest Black Friday and Cyber Monday offers by following @EngadgetDeals on Twitter and subscribing to the Engadget Deals newsletter.