There's no doubt that air fryers have been having a moment, but they haven't pushed the humble multicooker completely out of the limelight yet. If you somehow haven't jumped on the Instant Pot bandwagon yet, you can give it a try for much less right now. Amazon has discounted the six-quart Instant Pot Duo by 50 percent, bringing it down to $50. We've seen this model dip slightly cheaper in the past ($48), but this is the best price we've seen in many months. 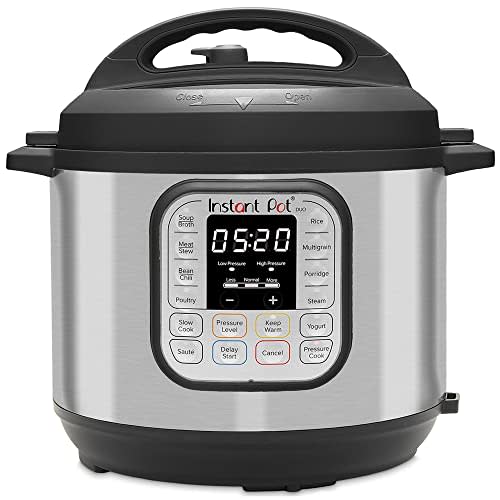 The six-quart Instant Pot Duo is half off and down to a near record-low price ahead of Black Friday.
$79 at Amazon

The benefit of a multicooker like this one is that it can do many things, acting as a jack-of-all-trades in your kitchen. The Duo in particular has seven cooking modes: pressure cook, slow cook, rice cooker, steamer, sauté, yogurt maker and warmer. It also has 13 customizable "smart programs" that take a lot of the guesswork out of preparing common foods like soup, beans, rice, poultry and more.

Both kitchen newbies and seasoned home cooks can make use of an Instant Pot like this. For those just getting into cooking, it'll help you prepare new foods that you may have never tried before, sometimes even more quickly than you could do just with a pot on stove. For those who cook all the time, it'll make it easier to prepare a lot of food during the holidays by giving you another countertop machine to employ when your other appliances are in use. Plus, it's a great tool for meal prepping.

It's also worth noting that the model on sale has a six-quart capacity, which sits in the middle of the Duo's lineup. It's a great size for most families as it's able to make food for up to six people at once. If you decide to take the plunge into the Instant Pot world, be sure to check out our guide for tips and tricks, recipe inspiration and more.

Get the latest Black Friday and Cyber Monday offers by following @EngadgetDeals on Twitter and subscribing to the Engadget Deals newsletter.