When we weren't distracted by all the cool stuff at CES, we found some pretty great deals on tech that you can buy right now. Amazon's just-released Kindle Scribe, with both reading and writing capabilities, saw its first-ever discount and Razer discounted many of their 2022 Blade 15 gaming laptops by $400. Not surprisingly for the new year, fitness tech saw some decent discounts, with both the Beats Fit Pro earbuds and the Fitbit Inspire 3 seeing 20 percent discounts. There were a few deals on storage cards, both from Samsung and a Switch Online subscription bundle with a SanDisk card, making this a good time to add some capacity to your cameras and handhelds. The Apple Watch Ultra also saw a $50 discount. Here are the best tech deals from this week that you can still get today.

Amazon's Kindle Scribe came out just over a month ago but is already seeing its first discount. This is Amazon's latest top-of-the-line e-reader that also allows you to take notes with an included stylus. Depending on the configuration, you can save between $45 and $60 on the list price right now. The base model with 16GB of storage and Amazon's "Basic Pen" is down to $295 from its usual $340. If you'd like that unit with the premium version of the stylus, which includes an on-board eraser function and a shortcut button, you'll pay $320, or $50 off the going rate.

If you think you'll need more storage than the 16GB provides, the 32GB model is $335 instead of $390 and the 64GB model is down to $360 from its usual $420. Both of the higher capacity models come with the Premium Pen. All models include the option of four months of Amazon's Kindle Unlimited service at not extra charge, which gives you access to the entire Kindle library of audio and e-books as long as you're paying for the service. Note that the subscription will auto-renew after four months (currently $10 per month) so be sure to cancel if you decide you don't want to pay for the service. 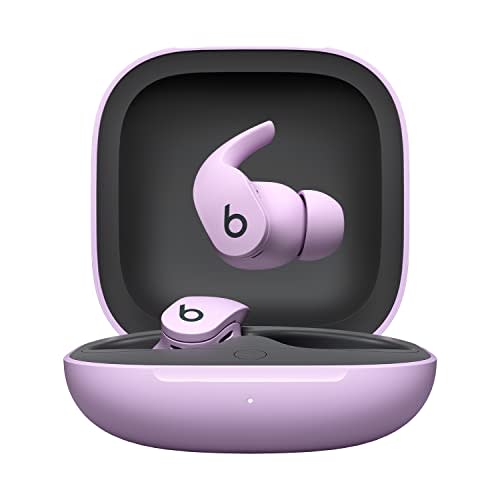 At 20 percent off, the Beats Fit Pro are an even better option than usual if you need a new pair of earbuds for working out.
$160 at Amazon

If getting in shape is on your list of to-dos for 2023, a new pair of activity-focused earbuds might be in order. Right now the Beats Fit Pro are down to $160, which is the same 20 percent discount the buds saw for Black Friday. We named them the best best earbuds for workouts in our earbuds guide and this deal matches the lowest price we've seen yet. They've got plenty of sweat resistance, along with a secure fit that stays put as you move. As an Apple product, they've been given many of the benefits of AirPods, like easy pairing, hands-free Siri and audio sharing. But they'll work well with Android phones too.

If you don't need workout buds, the Beats Studio Buds are also on sale right now, bringing them down to just $100. That's about $10 over the lowest price we've seen, but still a great deal on a comfortable pair of earbuds with balanced sound. The discounts are part of a wider Beats sale at Amazon, which also includes the Beats Studio Buds bundled with a $25 Amazon gift card for $185, which is $40 less than usual. 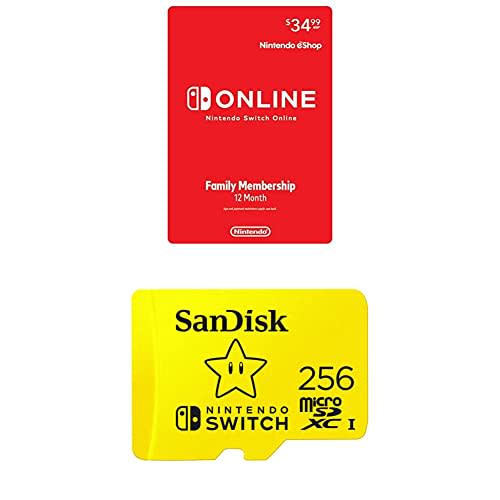 A 12-month Switch Online Family Membership normally goes for $35, so this bundle effectively brings a recommended 256GB microSD card down to $15.
$50 at Amazon

Nintendo Switches have been a popular holiday gift since their debut. If you got yours this year, you can add Nintendo's Switch Online service, plus some extra storage for a tidy 43% discount. Both Amazon and Best Buy have bundled a 12-month Switch Online family plan with a 256GB SanDisk microSDXC card for just $50. That's an officially licensed Switch microSD card and usually runs for $35 on its own. A year-long family membership to Nintendo's online service usually goes for $35 on its own, so this deal is really about the storage card. It also usually retails for $35, so with the bundle you're essentially getting a year of Switch Online plus a 256GB microSD card for just $15. Keep an eye on your subscription if you don't want to auto renew, it's set to do just that by default. 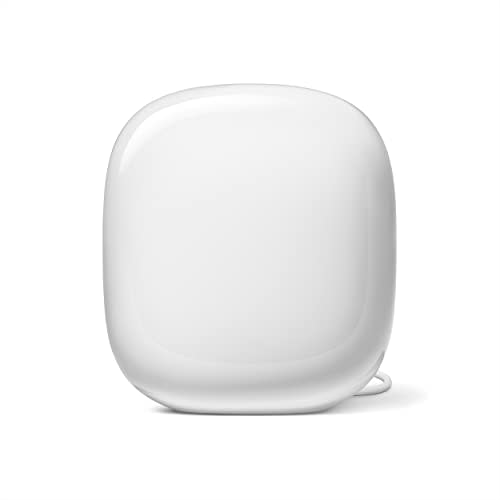 Google's latest routers give you access to WiFi 6E and can act as a Matter smart home controller.
$160 at Amazon

Two big things have happened in smart home connectivity recently, the opening of the 6Hz wireless band and Matter support. But you'll need devices that are designed to work with those advancements, like Google's newest mesh WiFi routers. Right now Nest WiFi Pro routers are on sale for their lowest price ever, with a 20 percent discount off of all four colors. That brings a single router down to $160 instead of $200. Note that only the white colorway is available in a multi-pack, so if you need three units in, say, the Lemongrass color, you'll need to add three units to your cart instead of clicking on the three-pack bundle — you'll still get the 20 percent savings.

These Nest routers provide access to the potentially faster and less congested 6E WiFi band, which many newer smartphones and some smart home devices are set up to access. They'll also act as Matter hubs, allowing Matter-enabled devices to connect and work together harmoniously. Matter support has already rolled out to many of the newer Google, Amazon and Apple devices, with more brands coming on board soon. 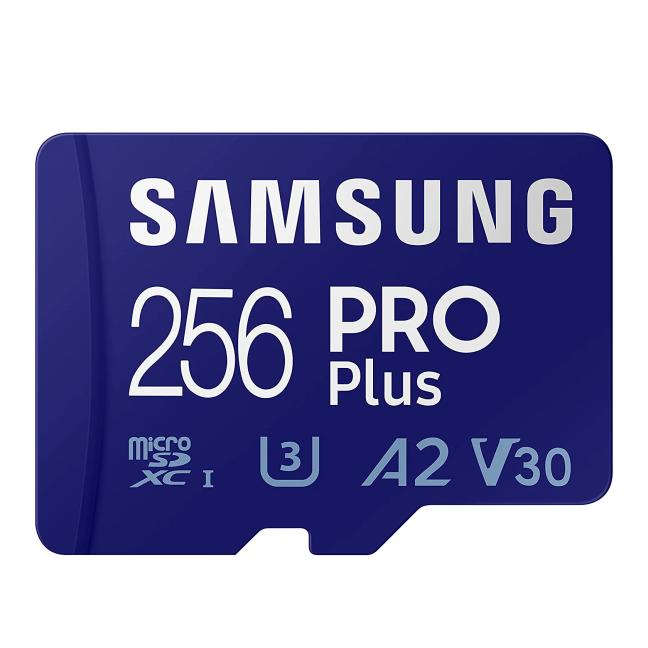 Grab extra memory for your tablet, cameras, or Android smartphone while the card is cheaper than ever.
$23 at Amazon

Here's a great deal on a useful item for your cameras, phones and gaming handhelds. Samsung's 256GB Pro Plus microSD card has hit an all-time-low price of just $22.50, down from its usual $38. As with many microSD cards, this includes an adapter so you can transfer data from devices with different sized SD slots. The 256GB size can hold up to 15 hours of 4K video or more than 100,000 4K still images. The larger 512GB card is also on sale, for an even steeper 55 percent discount. That brings the storage card down to $50, instead of its usual $110. 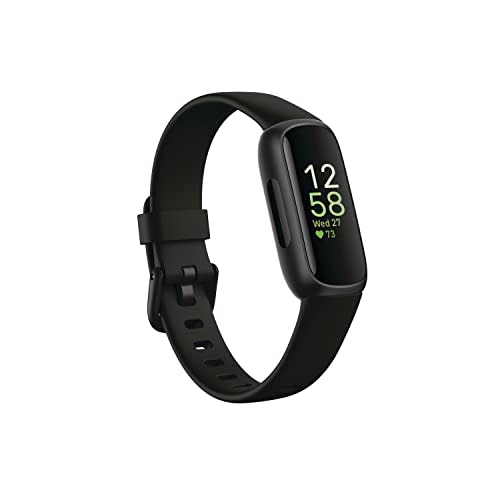 Our favorite budget fitness tracker is an even better deal at just $80, which is only $10 more than it was for Black Friday.
$80 at Amazon

For some people, fitness trackers really do help them stick to goals and keep up their activity levels. (The reminder to take a break from standing or sitting all day is something I certainly rely on.) Here's a deal on our favorite budget option, the Fitbit Inspire 3. Right now at Amazon, the wearable is down to $80, which is just $10 above its Black Friday prices, and $20 off its usual $100 sticker price.

We included the Inspire 3 in our fitness tracker guide because it provides excellent activity tracking along with automatic workout detection and smartphone alerts. True, it won't give you GPS tracking for a run or hike, and there's no music control or on-board payment capabilities like more expensive devices offer, but for a tracker with Fitbit's robust activity monitoring and coaching, it's a good buy. It's also a great looking wearable, especially with its interchangeable bands. 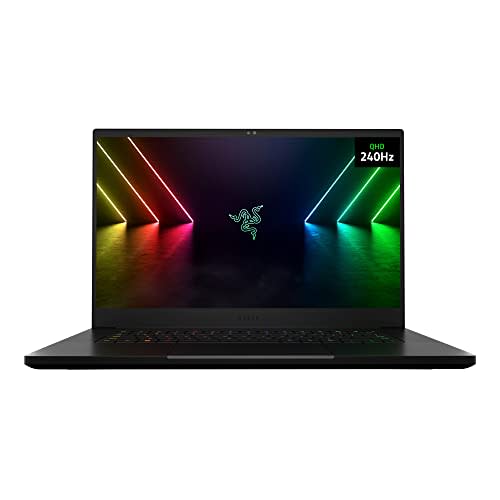 At CES, Razer unveiled their upcoming 16- and 18-inch Blade models. Those are expected in the first quarter of this year and will start at $2,700 for the base configurations. But if you don't necessarily need the latest release, you can save $400 on a few configurations of 2022 Razer Blade 15 laptops with 12th-gen Intel processors. We think these are some of the best premium gaming laptops out there and said so in our latest laptop guide.

The version of the Razer's Blade 15 that we recommend combines bleeding-edge performance and speedy graphics, all wrapped up in a sleek and sturdy aluminum chassis. Usually $3,000, both Amazon and Razer are offering it for $2,600, or 13 percent off the list price. You get a 240Hz QHD display with a GeForce RTX 3070 Ti graphics card and an Intel i7-12800H processor under the hood. It comes with 16GB of dual-channel slotted (upgradable) memory and 1TB of SSD, with an open M.2 slot. 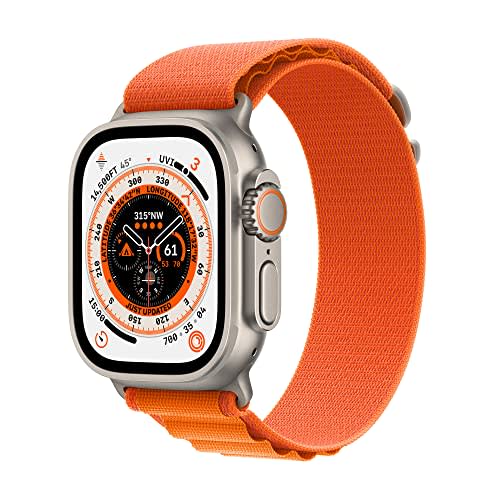 The most premium Apple Watch available isn't cheap, but a $50 discount makes it a little easier to add all of the Ultra's advanced features to your life.
$749 at Amazon

Apple's most premium smartwatch doesn't see a ton of discounts, having only debuted last September but right now the Ultra is down to $749 at Amazon. The lowest price we've seen so far was $739, so this isn't an all-time low, but still a chance to save $50 on a high-end wearable. We gave it an 85 in our review, calling out its durable build, great battery life and suite of geo-locating features that help you to never get lost. While we did note that it's got a large build and weighs a bit more than a typical watch, it was surprisingly comfortable and didn't feel clunky.

The Ultra has tons of activity and tracking features for athletes and adventurers and a bright, always on display with built-in GPS guidance. There's also health and safety features like crash detection and heart monitoring. Since the watch comes with cellular connectivity, you can even make calls and texts, so you can leave your phone behind on the next adventure.